The S}iddīqiyya is a relatively unfamiliar tarekat (translated as Sufi order) in because only few written texts describe this Sufi order. According to Bruinessen, the Tarekat S}iddīqiyya is considered a local tarekat.[1] It teaches a kind of long recitation with breath arrangement. The murshid (leader) is Kyai[2] Mukhtār Mu‘t}i, who is known as a dukun (traditional healer).[3] However, his methods do not resemble those of common dukuns who are often believed to use black-magic. He takes a Qur’anic verse or its part to cure his clients.[4] In addition, his followers come from various backgrounds. A few numbers of them are chronic sufferers, addicts, frustrated people and bankrupt business people. Also, in some places, the abangan (nominal)[5] adherents are quite dominant. The S}iddīqiyya can successfully attract local people because its religious teachings have been adapted to Javanese culture. For instance, the S}iddīqiyya followers are not reluctant to hold slametan (Javanese feast) when they want to build a house.

One of the few people who know the complete history of the S}iddīqiyya is Kyai Mukhtār Mu‘t}i, the murshid. Unfortunately, he has not documented this history. However, it is difficult to have access to him since he prefers staying exclusively at home. According to his close colleagues, Mukhtār--the short name that will be used to replace Kyai Mukhtār Mu‘t}i in this thesis— usually reads, writes and contemplates in his private room. Basically, he likes to see and help people on many occasions, such as during ceremonies or rituals. Some people can consult with him and feel satisfied with his suggestions. For instance, a person who has a problem with his family can seek the murshid’s advice. Even, the drug users can escape from their addictions after following a set of rituals under the murshid’s supervision.

The educational background of Mukhtār was mainly concerned with religious study. He studied the Islamic sciences from his father besides his formal education in Islamic elementary school in Ngelo, Ploso sub-district. Then, he continued his studies at Pesantren (traditional Islamic Education) Dār al-‘Ulūm Rejoso, Peterongan sub-district, and Pesantren Bah}r al-‘Ulūm, Tambak Beras sub-district, both are in Jombang district.[9] After his father’s death in 1948, he studied Sufism under Kiyai Mutoha, Sambong, Jombang. Kiyai Mutoha was a teacher of the Akmaliyya Sufi order.

After a long period of study, Mukhtār returned to his community. He taught his knowledge to the people. However, it was not easy to educate illiterate and nominal people. His teaching was considered new for them. The first student of the Tarekat S}iddīqiyya was Slamet Makmun in 1960. Then, the followers grew and reached hundred adherents in 1970. Unfortunately, their names were not well documented. Ten years later, the followers were more than a thousand. Consequently, the challenges increased. The Tarekat S}iddīqiyya was condemned as illegal and misleading tarekat. It would endanger Islamic teachings since it was related to klenik (superstitious and magical power) and their distinctive way of performing Friday prayer.[11] Nonetheless, the number of followers gradually increased and now is predicted to be more than three million adherents, which are spread over Indonesia, particularly in East Java, Central Java, and Jakarta.

Pesantren Majma‘ al-Bah}rayn (translated as the meeting of two seas) in Ploso is the main center of the S}iddīqiyya. It lies about twelve kilometers from the district capital or about a hundred kilometers from , the provincial capital of . The buildings of the pesantren are near the main road, which connects Jombang to Lamongan. The place is accessible because public transports, for example, buses and mini-buses, are available 17 hours a day from to If a visitor comes late in the night, he can use an ojek (motor cycle with a personal driver) or a becak (three wheel cycle).

In Ploso, there are seven main buildings. The first building is a mosque, called Bayt al-S}iddīqīn. The second is the Pesantren Majma‘ al-Bahrayn, where students of the S}iddīqiyya enlarge their religious knowledge. The third is Kausaran Putri (a center of women religious activities). Jam‘iyya al-Mudhākirīn is the fourth main building, where the S}iddīqiyya disciples gather and listen to the murshid’s speech. This activity is usually conducted every Sunday night. The fifth is the house of the murshid. He has two different houses for his two wives. The sixth building is school buildings where students of the S}iddīqiyya education take their formal studies. Finally, al-Istiqāma al-Isti‘āna buildings are located in the edge of the areas.

When people enter the area of the S}iddīqiyya in Ploso, they can recognize it easily because the architecture is distinct. The shape of the gate and ornaments of building are similar. It is like a palace that has high towers with colorful reliefs. Arabic calligraphy is also dominant. Some wise Arabic sentences, usually taken from the Qur’ān or the hadīth, are also written on the walls with the translations.[12]

Some people may ask how the S}iddīqiyya can build numerous artistic buildings, particularly with the limited budget. The answer is that the architects are members of the tarekat. The mission of the tarekat is to increase the welfare of the members. If a non-member has more skills in designing a building, member is still preferable. Next, the budget comes from the members’ donation. It is collected by a particular organization in the tarekat, the-so-called Z{ilāl al-Mustad}‘afīn.

The other main base camps of the S}iddīqiyya are Kabuh, Tembelang and Jombang sub-districts, in Jombang regency. Kabuh is the center for Handicraft Production and for treating addicts. Tembelang is the place where the Maaqo Corporation is located. S}iddīqiyya in Jombang district has Wisma Cokrokembang (Cokrokembang building) where, at least, five offices are placed, such as al-Kawthar Magazine and Z{ilāl al-Mustad}‘afīn.

The growth of the tarekat is quite significant. It has more than three million adherents and seventy five branches[14] in numerous regencies from nine provinces over : Yogyakarta, Central Java, Lampung, Bengkulu, West Java, East Java, , South Sumatra, and .

However, members in every branch cannot implement the same programs because the situation of each place is unique and has its own challenges. For example, in the case of producing pandanus handicraft in Jombang, it is difficult for followers in Banyuwangi to implement such program since they have no pandanus trees growing in that area.

To exhibit their craft, the murshid orders the followers to join Pameran Gelar Wujud Karya (production exhibition) in Ploso which is held annually. In 2002, for instance, there were seventy-four participants selling numerous foods, cosmetics, handicrafts and so on.[15] It had been the second but the biggest exhibition since it was launched a year before.

[1] Martin van Bruinessen, Kitab Kuning, Pesantren dan Tarekat, Tradisi-tradisi Islam di Indonesia, (Bandung: Mizan, 1999) III, p. 204, also see Zamakhsyari Dhofier, The Pesantren Tradition, the Role of the Kyai in the Maintenance of Traditional Islam in Java, (Arizona: the Program of Southeast Asian Studies, 1999), p. 142. Basically, the S}iddīqiyya leaders disagree with that statement. They suggest us to read “Tanwīr al- Qulūb” in which the name S}iddīqiyya is written as a name of a tarekat whose transmission is from Abū Bakar al-S{iddīq to T{{{{{{ayfūr. There will be an adequate explanation later in sub-chapter “transmission.”

[2] Kiyai is a surname in Javanese culture for a person who has deep knowledge of Islamic doctrines.

[3] The word “Dukun” is usually connected to a person who use kemenyan (incense, magical materials), jompa jampi (magical recitation), and its purpose is negative, like santet (killing a person with magical power, usually from a far distance).

[4] An example to help a client is shown by a khalīfa, Muchammad Munif, when a person visited him and told his problem. He has been followed by a prewangan (metaphysical creature) wherever he stays. Munif, then, suggested him to recite sūra Yāsīn: 58, سَلَامٌ قَوْلًا مِنْ رَبٍّ رَحِيمٍ (“Peace”, uttered by a Merciful Lord) in a certain way.

[5] Geertz discusses this term comprehensively in his book, The Religion of Java, : The University of Chicago Press, 1976, p. 6. There are, according to him, three different groups of people in Javanese culture, particularly in Mojokuto as his place of research, in terms of their religious life. The first is abangan. This category represents a stress on the animistic aspect of Javanese syncretism and the peasant element of population. Santri is the next group, which can be described as representation of Islamic aspects and the trading element. Finally, the priyayi group is the representation of the Hinduist aspects and bureaucratic element.

Some people, nonetheless, argue against that tri-partite categorization since Geertz does not include the wong cilik (grass root) group. It is comprehensible that in Javanese society there are actually four groups of society, which are divided into two kinds, religiosity and social status. In terms of religiosity, santri and abangan are the two poles which are contrasted each other; santri is the more purely religious while abangan is more syncretic and less religious. On the other hand, there is priyayi-wong cilik dichotomy showing that the former has a higher position in social structure whereas the latter is of the lower one. In response to such a reproach, Geertz will reply that he does not mean that wong cilik is absent in Javanese community, but he just employs those three words representing particular characters of each group, i.e., in the view of religious belief, abangan is more animistic, santri is more Islamic and priyayi is more Hinduistic. Hence, wong cilik may become a part of abangan or santri group as the character of wong cilik is non-bureaucratic.

[6] The meaning of S{iddīq is a person who always agree with whatever the news come from the Prophet. This title was given to Abū Bakar when the Prophet did isrā’ mi‘rāj (night journey from al-H{ mosque to al-Aqs}ā mosque).

[8] Jam`iyyah Ahli al-Thariqah al-Mu’tabarah (JATMI) is an organization of legal sufi orders in . It was founded on 10 October 1957 in Pesantren Tegalrejo, Magelang, . All members of the organization are NU (the biggest muslim organization in ) members. Jam`iyyah Ahlith Thariqah al-Mu’tabarah An-Nahdhiyyah (JATMAN) is an organization which separated themselves from JATMI because JATMI has not been neutral since it embraced Golkar (the biggest political party at that time) as a partner. It was declared in 26th Mu`tamar in June 1979 in Semarang, Central Java. See Abdul Jalil A. Hamid (et.al.), Berbagai Masalah Agama (Thariqah & Fiqih), Hasil Kesepakatan Mu’tamar dan Musyawarah Besar Jam’iyyah Ahli Thoriqah Mu’tabarah Nahdlatul Ulama, (Jombang: PP Aziziyyah, 1982), p. 101-102. Also see Sri Mulyati, loc. cit.

[15] The names of participants as well as their productions can be seen in a guidance book entitled, Hasil Interview Stand Pameran Gelar Wujud karya Kedua Warga Thoriqah Shiddiqiyyah, 2002. 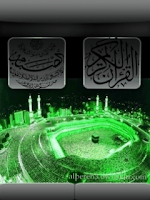 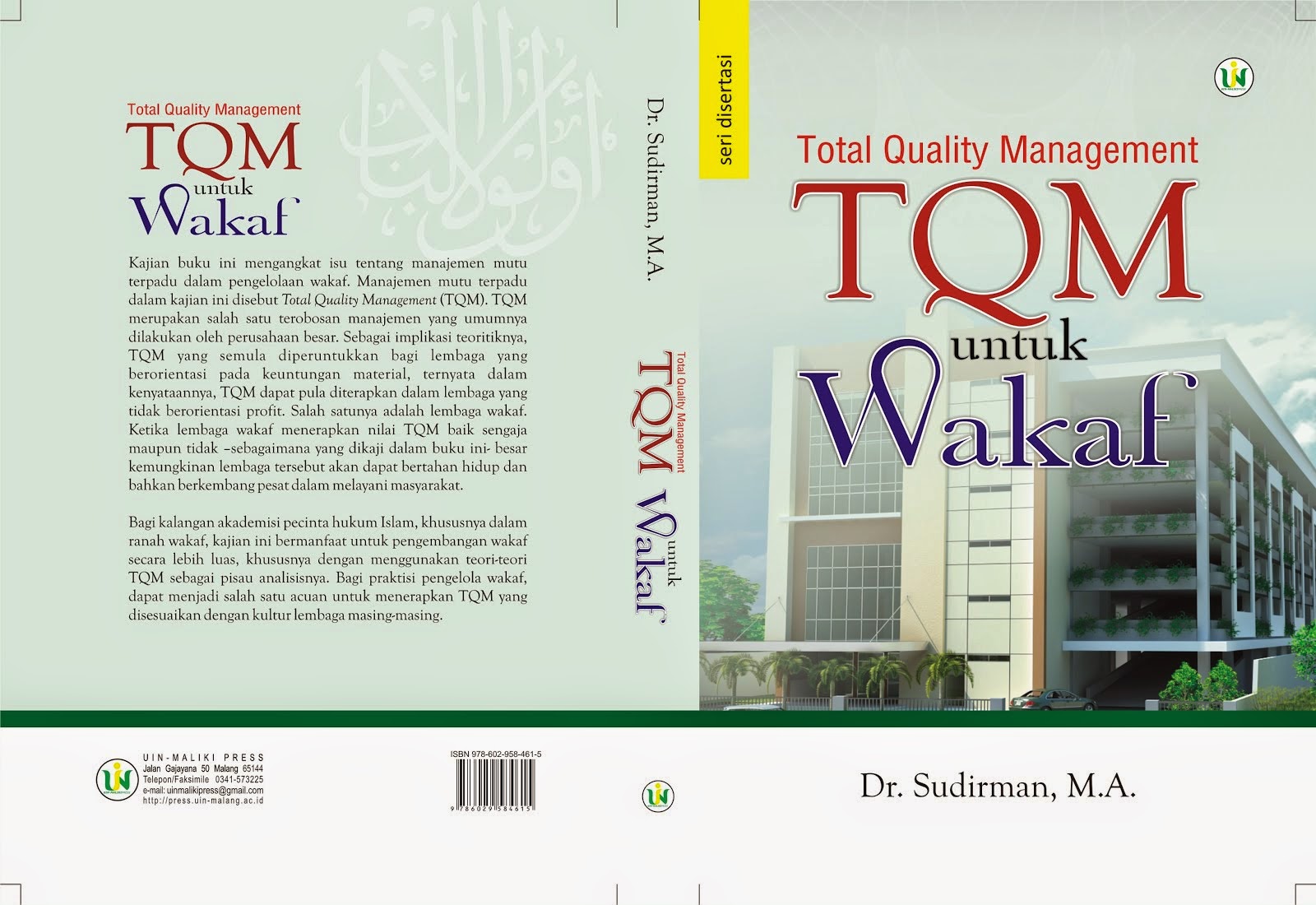